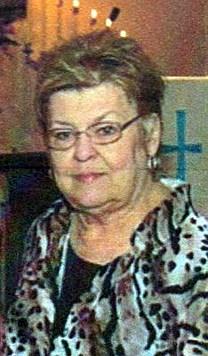 In lieu of flowers, expressions of sympathy may be directed in Mrs. James’ memory to National Kidney Foundation of Maryland, 1301 York Road, #209, Timonium, MD 21093 and /or Kennedy Krieger Foundation for Autism Initiatives, 707 N. Broadway Baltimore, MD 21205. A guest book is available at www.lemmonfuneralhome.com