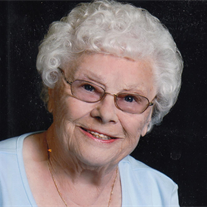 We regret to inform you of the death of Gertrude Louise Stickles Noble, mother of Retired Sergeant Gary Stickles, on July 24, 2016.  Our thoughts and prayers are with their family and friends at this difficult time.  Arrangements have been made through the Short Funeral Home in Delmar, Md.  Obituary information below.

She was born October 29, 1924 in Germany, a son of the late Fred and Lena Huxoll. Her family came to the United States in 1927 and she graduated from Mepham High School in Bellmore, New York. She moved to the Delmar area in 1950 where she raised chickens. While raising her two sons she also worked as a unit coordinator at Peninsula Regional Medical Center in Salisbury until her retirement. She was a lifetime member of Bethany Lutheran Church in Salisbury and recently attended St. Stephen’s United Methodist Church in Delmar. She will be remembered as a loving wife, mother and grandmother. Her greatest enjoyment outside of her family were loving on her several cats and dogs.

In addition to her parents, she was predeceased by her first husband, Robert Stickles; her second husband, John Noble, with whom she spent almost 40 loving years; and a daughter-in-law, Maxine Stickles.

Funeral services will be held on Friday, July 29, 2016 at 2:00 p.m. at St. Stephen’s United Methodist Church in Delmar, where a visitation will be held from 1:00 to 2:00. The Reverend Phyllis Walton and Kevin Wackett will officiate. Interment will follow at Springhill Memory Gardens in Hebron.

Memorial contributions may be made in in her memory to the Humane Society of Wicomico County, 5130 Citation Drive, Salisbury, MD 21804 or St. Stephen’s United Methodist Church, 101 E. State Street, Delmar, DE 19940.

Arrangements are in the care of Short Funeral Home in Delmar. Online condolences may be sent to the family by visiting www.shortfh.com.