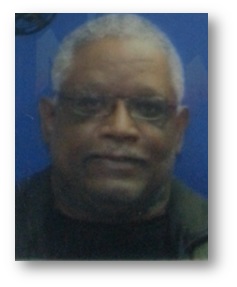 We regret to inform you of the death of former Trooper Herbert Uzzelle on May 13, 2014.  Although Trooper Uzzelle only served with the Maryland State Police for a few years, his time here was very important to him.  He went on to a career with the Washington Medtropolitan Area Transit Authority.  Our thoughts and prayers are with his family and friends at this difficult time.  The following information has been forwarded to us by his Daughter-in-Law, Denise Uzzelle.

Herbert Uzzelle was born in Washington, D.C. on February 13, 1951.  He was the 8th born of Benjamin, Sr. & Mary Lucille Uzzelle ‘s  9 children.  He  was a Commissioned Officer in the Washington High School Cadet Corps and graduated from Dunbar High School in 1970.    He followed the family tradition of military service and joined the Air Force from 1971.  After being honorably discharged in 1974, he became a Maryland State Trooper, was a certified police marksman and Special Commissioned Officer for the Smithsonian.  He took great pride in his profession and was awarded many times for his work ethic.  He retired after 28 years with Washington Metropolitan Area Transit Authority.

In retirement he showed a love of history by collecting historical coins and stamps as a hobby.  He was a member of the Catholic faith believing that one God exists, rewards those who serve him, sent his divine Son as a man to die for our sins, and joins us to himself through the work of the Holy Spirit. May 13 at 1:25 pm Herbert Uzzelle was met by ministering spirits of angels sent by God as he received his inheritance of salvation. (Hebrews 1:14)

Memories and condolences can be sent to the family through e-mail at denisevgee@yahoo.com

In lieu of flowers, memorial donations can be made to the Fisher House, 1076 West Perimeter Road, Andrews AFB, MD 20762.  The contact at Fisher House is Janet Grampp janet_grampp@msn.com  or (301) 981-1243 should you have any questions.