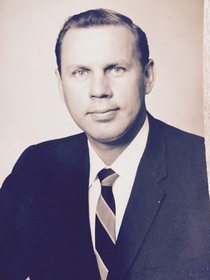 We regret to inform you of the death of Dr. Alvin J. T. Zumbrun, Sr. on December 9, 2014.  He was an institution in our Academy for many years and he will be sorely missed.  Our thoughts and prayers go out to his family and friends at this difficult time.   The following obituary information was published on the Zumbrun Funeral Home website.

Alvin J.T. Zumbrun Sr, a retired professor at Catonsville Community College (now the Community College of Baltimore County, Catonsville campus), who taught for 44 years in various police academies in Maryland, died December 9 of cancer at his Catonsville home while in the care of Heartland Hospice. He was 88.
The son of Orrell Zumbrun, an engineer with the Pennsylvania Railroad, and Mary Kathryn Zumbrun, a homemaker, Alvin Zumbrun was born and raised in west Baltimore.
He married Marianne Nolan in 1950 and they had six children, two boys and four girls.
Dr. Zumbrun developed the police administration and correctional services curriculum at Catonsville Community College in 1969 and significantly grew the program throughout the region until he retired from CCC in 1994.
In addition to his significant teaching experience, Dr. Zumbrun was a probation officer from 1952 to 1953, budget and program director of the Baltimore Community Chest from 1954 to 1955, managing director of the Baltimore Criminal Justice Commission from 1956 to 1959 and executive director of the Maryland Crime Investigating Commission from 1959 to 1994.
Among the multiple of awards received by Dr. Zumbrun, his children commented that he was particularly honored when he received the ‘Honorary Maryland State Trooper’ award in 1995. He was a true ‘trooper’ in spirit and got a great deal of enjoyment teaching in the Maryland State Police Academy where they considered him part of the MSP family.”
His wife, Patricia, formerly Patricia McCarthy, who he married in 2012, fondly recalled that “….Al and I were both on a spiritual journey wanting to serve God when we met for the first time at a church conference. When it was over, I had a feeling he wanted to ask me out on a date but he didn’t know quite how to do it. He came up with….”when are we going to go to the prom”? I thought that was rather unique.”
A memorial service will be held at 7:00 pm on Friday, December 12, at the Zumbrun Funeral Home at 6028 Sykesville Rd (Rt. 32), Sykesville, Md 21784. Visiting hours will be held on Thursday and Friday, December 10 and 11 from 1:00 to 8:00 pm. A funeral Mass will be held at 12:00 Noon at St. Agnes Catholic Church, 5422 Old Frederick Road, Catonsville, MD 21229 on Saturday, December 13, at 10:00 am.
In addition to his wife,  sons and daughters, Alvin, Jr. (Jay) of Sykesville, Steven Zumbrun of Perry Hall, Mary Ann Anger of Arbutus,  and Kathleen Harrison of Tampa, Florida, Dr. Zumbrun is survived by thirteen grandchildren; and eleven great grandchildren.  Two daughters have predeceased him, Mary Susan Pantazis of Baltimore, who died in 1999 and Diane Comas of Westminster, who died in 1997. His wife of 59 years, the former Marianne Nolan, died in 2009.
Dr. Zumbrun is predeceased by his siblings, Sylvester Zumbrun, Francis Zumbrun, William Zumbrun, Helen Lively and Genevieve George.
Charitable donations may be made in Dr. Alvin’s memory to the following organization:
St. Jude Children’s Research Hospital
http://www.stjude.org
501 St Jude Place, Memphis, TN 38105
Tel: 901 495 3300