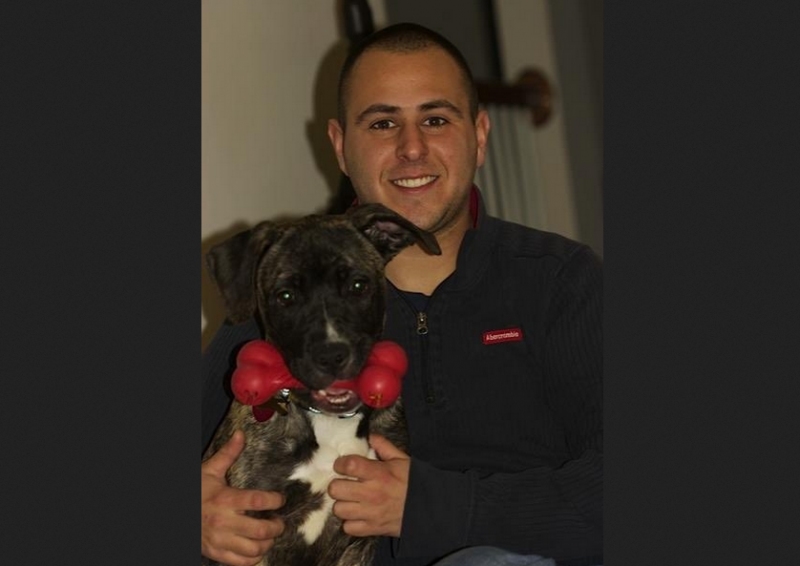 We regret to inform you of the Line of Duty Death of Deputy Chief State Fire Marshal Sander B. Cohen on December 8, 2017.  Our thoughts and prayers are with his family, friends and colleagues in the State Fire Marshal’s Office.  The following press release was published by the MSP Office of Media Communications.
Off-Duty Law Enforcement Officers Killed In I-270 Crash Identified
December 9, 2017
(ROCKVILLE, MD) – The law enforcement officers killed last night when they were struck while standing on the shoulder of I-270 in Montgomery County at the scene of a traffic crash have been identified.
The first victim is identified as Deputy Chief State Fire Marshal Sander B. Cohen, 33, of the Office of the State Fire Marshal.  He was pronounced dead at the scene.
The second victim is identified as Supervisory Special Agent Carlos Wolff, 36, of the Federal Bureau of Investigation.  He was transported to Suburban Hospital where he was pronounced dead.
The driver of the southbound 2000 Honda Accord that struck the victims is identified as Roberto A. Garza Palacios, 28, of Germantown, Md.  Passengers in his vehicle are identified as Mirelia Y. Barcena Mormontoy, 23, of Germantown and Ada G. Sandoval Cortez, 32, of Clarksburg, Md.  All three were transported to area hospitals.
The driver of an involved northbound 2017 Acura ILX is identified as Brittany A. Waters, 32, of Clarksburg, Md.  She did not report being injured.
The preliminary investigation indicates that at about 10:00 p.m. yesterday, Deputy Chief Cohen called the Maryland State Police Rockville Barrack and reported he was out with what appeared to be a single-vehicle traffic crash in the fast lane of southbound I-270, north of Gude Drive.  He observed a 2002 Acura MDX SUV that was damaged and disabled in the travel portion of the highway.
Deputy Chief Cohen requested assistance and blocked the approach to the damaged vehicle with his personal vehicle and activated his emergency flashers.  His actions placed him in an official capacity at that time.
The driver of the damaged vehicle identified himself as Special Agent Wolff.  Both men moved to the shoulder of the fast lane, where they were standing when the southbound Honda Accord approached the scene.
The investigation indicates the southbound vehicle swerved to the left and struck both men on the shoulder.  Both men were thrown over the jersey wall to the northbound side of I-270.  The preliminary investigation indicates one of them was struck by the northbound Acura ILX.
The cause of the initial crash involving Special Agent Wolff’s vehicle remains under investigation.  Evidence indicates that for reasons unknown at this time, the vehicle struck the concrete barrier on the left side of the highway and became disabled in the fast lane.
There is no preliminary indication of alcohol involvement in these crashes.  The causes of the initial and subsequent crashes remain under investigation by the Maryland State Police Crash Team.
No charges have been filed at this time.  Upon completion of the investigation, it will be presented to the Montgomery County State’s Attorney’s Office for review.
Due to the extensive crash scenes on both sides of I-270, both sides of the highway had to be closed.  Traffic was diverted off at exits prior to the scene.  Detours were set up and operated by personnel from the Maryland Department of Transportation State Highway Administration.  All lanes were reopened at about 6:00 a.m. today.  Multiple fire and rescue agencies from Montgomery County and jurisdictions within responded and assisted at the scene.
Deputy Chief State Fire Marshal Sander Cohen had been a member of the Office of the State Fire Marshal for nine years.  In January of this year, State Fire Marshal Brian Geraci appointed him Regional Commander of the Northern Regional Office.  He was responsible for supervising fire investigations in Carroll, Harford, and Cecil counties.
Deputy Chief Cohen was a decorated fire marshal who had been repeatedly acknowledged for his outstanding service to the people of Maryland.  In addition to his service as a deputy state fire marshal, he was also an active member with the Rockville Volunteer Fire Department, Station 33.
“Deputy Chief State Fire Marshal Sander Cohen was an exemplary investigator and leader who took great pride in his law enforcement career and who devoted himself to protecting and serving the citizens of Maryland,” Maryland State Fire Marshal Brian Geraci said.  “Sander will be missed by all those who had the pleasure of knowing him.  We will forever keep the Cohen family in our thoughts and prayers”
“Deputy Chief Cohen had no idea who was inside the vehicle he stopped behind,” Maryland State Police Superintendent Colonel William Pallozzi said.  “He just recognized that someone needed help and he never hesitated last night to stop and help someone in need.  Deputy Chief State Fire Marshal Sander Cohen has now joined the ranks of Maryland’s Fallen Heroes.”
CONTACT:    Greg Shipley or
Sgt. DaVaughn Parker
-at Rockville Barrack – 301-424-2101
Funeral Arrangements For Deputy Chief State Fire Marshal Sander Cohen
December 11, 2017
(PIKESVILLE, MD) – Funeral arrangements for Deputy Chief State Fire Marshal Sander B. Cohen, have been announced.  They are as follows:
WHEN: Thursday, December 14, 2017  11:00 a.m.
WHERE: B’nai Israel, 6301 Montrose Road, Rockville, MD  20852
A private interment will follow.
Parking at the funeral location is limited.  Additional parking locations have been identified and are:
POLICE PARKING: Saint Elizabeth Church, 917 Montrose Road, Rockville, MD  (Please enter off Tildenwood Drive)
FIRE AND ASSOCIATES PARKING: Jewish Community Church, 6125 Montrose Road, Rockville, MD
MEDIA PARKING: 6300-block of westbound Montrose Road – A parking area will be roped off for media.
**Media – Please note arrangements are being made for pool camera coverage of the funeral. Additional cameras will not be permitted inside. Interment is private and there will be no media opportunity there.
Parking is limited at each venue.  Carpooling is strongly recommended.  State troopers will be at each location to assist with parking.
WEBSITE: An information site has been set up at http://cohenfuneral.wordpress.com/