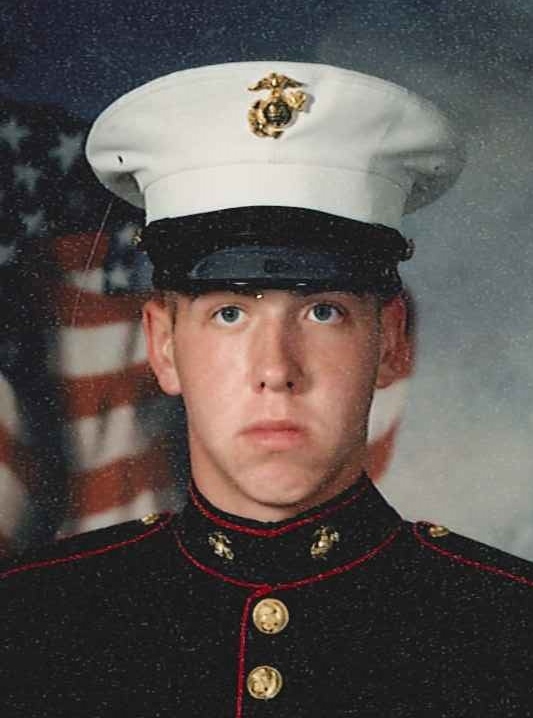 We regret to inform you of the death of Cody Lowry, son of Retired Sgt. Michael A. Lowry, on May 5, 2014 as the result of a motor vehicle accident in Prince Georges County, Maryland.  Our thoughts and prayers are with the Lowery family at this difficult time.  The following obituary information has been reprinted from the Minnick Funeral Home website.
CODY LOWRY, 28, born August 3, 1985, originally from Big Pool, Maryland, died as a result of injuries sustained in a motor vehicle accident in Prince Georges County, Maryland on May 5, 2014.
Cody graduated from Clear Spring High School in 2003. After graduation, he enlisted in the United States Marine Corps. Cody served three combat tours in Afghanistan and Iraq. He received a medical retirement in August 2011.  Cody was a member of Emmanuel Baptist Temple in Hagerstown, Maryland.
He is survived by his daughter, Raven; step-children, Madison and Caleb Randles; and wife, Brigitte of Bel Alton, Maryland; mother, Judie Bishop of Hagerstown; father, Michael Lowry and step-mother, Shelby of Big Pool; three brothers, Justin Lowry and wife, Amanda of Hagerstown, Derek Hanes and wife, Laura of Williamsport, and Chad Lowry of Big Pool; two nieces, Kaitlin and Kendal Lowry of Hagerstown; grandparents, Albert and Hilda Lowry of Hagerstown, Delmar and Mary Jo Brown of Brunswick, and Frances Shull of Stephen City, Virginia; several aunts, uncles and cousins.
Funeral services will be held at 9:30 am, Monday, May 12, 2014 at Lighthouse Baptist Church, 15251 Falling Waters Road, Williamsport, Maryland. Pastor Mark Chapman will officiate. Burial will follow at Quantico National Cemetery, in Quantico, Virginia, at 2p.m.
The family will receive friends Sunday from 6-8pm at Minnich Funeral Home, 415 E. Wilson Blvd., Hagerstown, MD.
The family request in lieu of flowers, memorial donations may be made to Wounded Warrior Project, In memory of Cody Lowry, PO Box 758517, Topeka, KS 66675, or online at www.woundedwarriorproject.org.