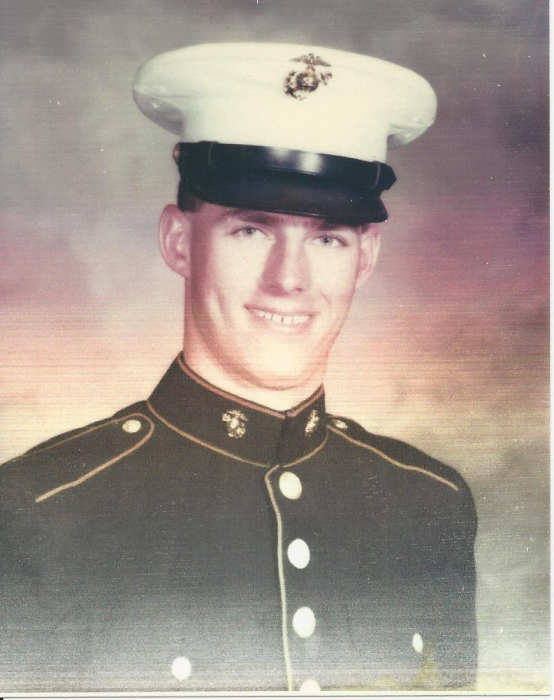 We regret to inform you of the death of Charles William “Bill” Garrison, Jr., father-in-law of Sgt. Danny R. Mabry, Jr., on April 1, 2015.  Our thoughts and prayers are with Mr. Garrison’s family and their friends at this difficult time.  The following obituary information has been reprinted from the Williams Funeral Home website http://www.williamsfuneralhomepa.com
Charles William Garrison, Jr., 68, of Indian Head, MD died April 1, 2015 at Southern Maryland Hospital.  He was born November 25, 1946, in Washington, DC to Sandra and Charles Garrison, Sr.
Charles went to Bladensburg High School and went on to work for the US Park Police.  His greatest accomplishments included being a Sgt. in the US Marine Corp., a tour in Vietnam, receiving a National Defense Medal, Combat Action Ribbon, Good Conduct Medal and was also recognized as a Vietnamese Medal Rifle Sharpshooter.  He was a laid back, kind hearted person who never knew a stranger.  He loved life, football Sundays and spending time with his family on the weekends.
He was most proud of his children. His favorite Bible scripture was the Lord’s Prayer.
Charles is survived by his wife, Linda Garrison (Hays); his daughters, Maria Sciler and Michelle Mabry; sons, Michael Davidson and Mark Davidson; daughters-in-law, Michelle Davidson and Krissy Davidson; sons-in-law, Billy Sciler and Danny Mabry; 16 grandchildren and four great-grandchildren.
A viewing will take place at Williams Funeral Home on Monday, April 13, 2015 from 11 am to 1 pm.  Funeral Service will follow at 1 pm.  Interment will take place at Maryland Veterans Cemetery in Cheltenham, MD at 2:30 pm.
Repast will be at Indian Head Volunteer Fire Department, 4095 Indian Head Hwy, Indian Head, MD 20640  (301) 753-9400 following the interment.
Pallbearers will be Mark Davidson, Michael Davidson, Billy Sciler, Danny Mabry, Mike Hayes and Mel Bradford.
Memorial contributions can be made to the Wounded Warriors Project.